Is it the chicken or the egg? 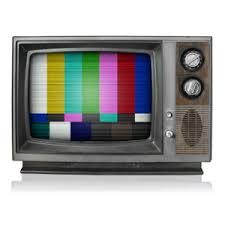 Do successful ad campaigns start with the
advertiser/agency or does the type of media make all the difference?

Did devices ‘’kill’’ print advertising or did
advertisers?

This last question probably isn’t one that advertisers
and their agencies have considered much. But you can bet advertising directors
and ad sales people at newspapers and magazines have pondered this question, more
than a few times over the past ten to fifteen years.

By now, we’re all familiar with the popular narrative
-Smartphones, tablets and laptops killed print. Don’t get me wrong, the era of
‘’digital disruption’’ is for real. I’m not suggesting digital media hasn’t had
a lot to do with the decline in the fortunes of print media. I am, however,
suggesting there may be more to the story. In the same way Jeb Bush doesn’t appear to be wired to run for the Presidency, perhaps advertisers just haven’t been wired to be very good at print ads. In other words, perhaps some advertisers
mis-interpreted a decline in the effectiveness of THEIR advertising, as a
general decline in the effectiveness of print advertising. Simply put, advertisers may have mis-read the signals.

In terms of overall advertising spend, print media
remains the second largest category after television. Wait, what? How can this
be? Circulations and print revenue have cratered over the past ten to fifteen
years.

In part, the answer is FSI and shoppers. Direct-response
advertisers have continued to spend on print, despite the large declines in
circulation. FSI and shopper advertisers know that print is different. The
offers need to be straight-forward and really compelling. Print readers are
savvy shoppers. They recognize value and the advertiser really needs to
deliver, if they’re serious about making print work.

Back in November/December, we had many different holiday
advertisers, each one with a slightly different offer. The two advertisers that
offered consumers the greatest value (i.e. the strongest offers) were by far
the most successful advertisers, in terms of sales and revenue. The advertisers
with the weaker offers may well have done fine on TV or radio (where brand
attributes can be elevated, urgency can be artificially heightened or emotional
strings can be plucked) but in print, their offers were simply not compelling
enough. Print doesn’t lie.

In the time it has taken me to write this blog post,
about 30 mins give or take, our advertisers have generated hundreds of calls
from print ads.  If you’re an advertiser and you’ve fallen victim to the
herd thinking – ‘’print doesn’t work’’ -perhaps it’s time to rethink your
approach to print advertising.

Published by The Print Observer

View all posts by The Print Observer